Joseline Hernandez has been dropping hints about a huge bomb she was about to drop on her ex-fake husband, Stevie J. Now the Love & Hip Hop Atlanta star says she can’t even wait for the upcoming reunion and she wants to let the world know Stevie’s secret now. According to polygraph results that Joseline has now posted all over social media, she claims that Stevie J has a thing for gay adult entertainment, and according to the paperwork, she’s not lying.

The Inquisitr reported earlier that Joseline had been holding a big secret over Stevie J’s head. Joseline went back and forth with herself on Twitter about when to release details of the big news about Stevie. She even hinted that it may have something to do with his alleged affinity for men. LHHATL fans already knew that Joseline and Stevie have threesomes with a lot of people. According to their own admissions, some of those with whom they’ve shared a bed with include Mimi Faust, Tommie Lee, and even Stevie’s rumored newest baby mama, Promise B. Mae. 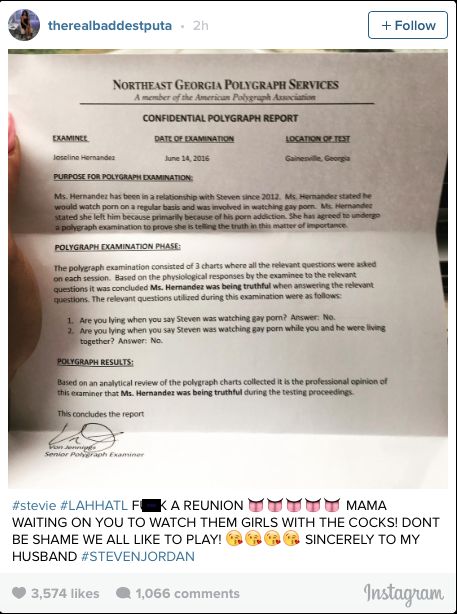 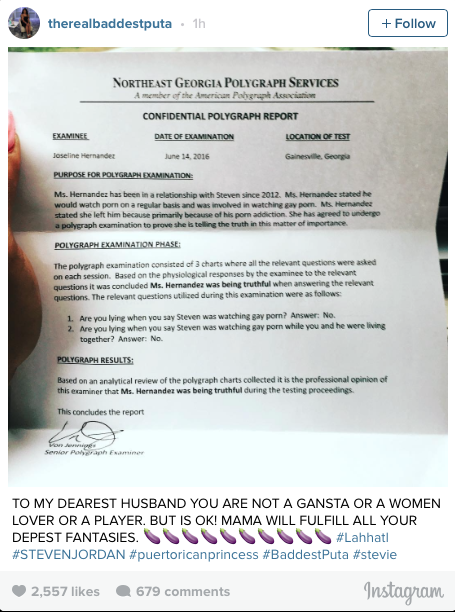