“All Black ppl should rise up and shoot at every white cop in the nation starting NOW.

I condone black on white killings. Hell they condone crimes against us.

I’ve thought about shooting every white cop I see in the head until I’m either caught by the police or killed by them. Ha!!!! I think I can pull it off. Might kill at least fifteen tomorrow. I’m plotting now. They reading this sh** too right now. Freedom of speech tho. So when you can absolutely show me the 1st amendment where it explicitly says you can’t say “kill all cops,” then I’ll delete my status. Other than that…NOPE! 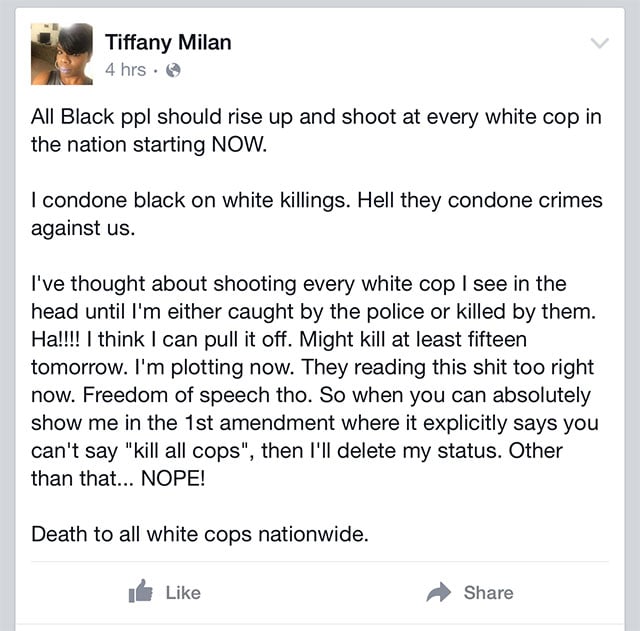 Death to all white cops nationwide.”

Dickens was taken into custody around 9:30 p.m. after Atlanta police told East Point police about the post. She is being held at the East Point jail, charged with dissemination of information related to terroristic threats.

East Point is located in the southwest section of Atlanta.