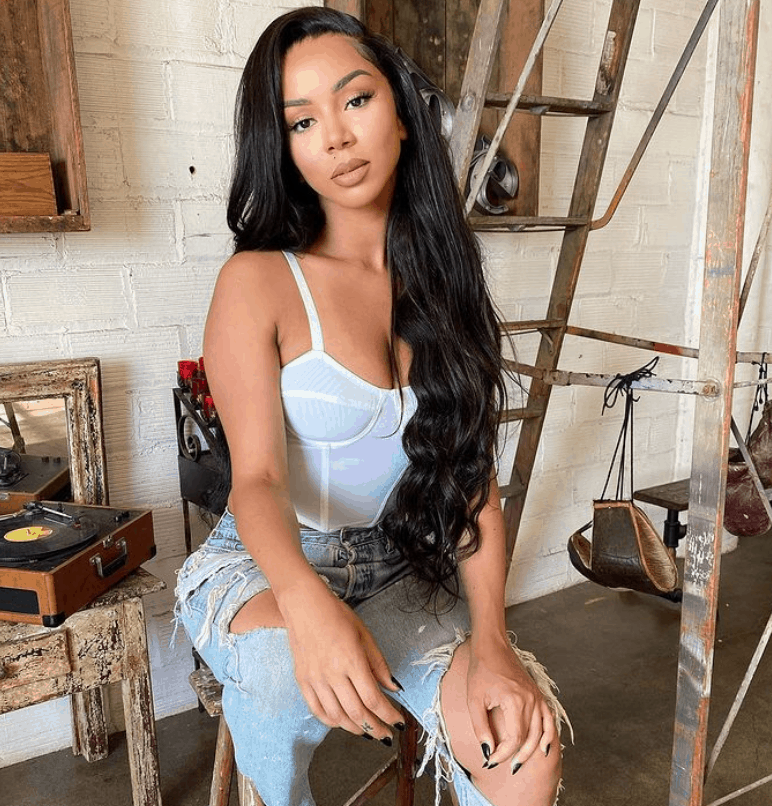 There have been a lot of misconceptions online about Brittany Renner and the previous relationship with her son’s father, PJ Washington. Many have said that she groomed him, and some have even said the influencer trapped him. In a recent interview with Akademiks, she opened up about the experience and revealed at one point, she thought she was going to marry the NBA baller.

Brittany said that she was on birth control up until she had a conversation with PJ. She said that she was 26 years old when they first met. Brittany made it clear he was fully aware of the type of person she is and that she doesn’t have to lie about anything. “Please stop playing this victim narrative. If you want to f*** me and just say you hit Brittany Renner, that’s that. Why do we have a baby?” Brittany continued saying PJ wanted her to have his baby, although she was fine with waiting.

As the conversation continued, she brought up the double standards when it comes to dating for men and women. She pointed out no one talks about the age gaps for JayZ & Beyonce and Lori Harvey & Michael B. Jordan. “It’s crazy to me the age gap between JayZ & Beyonce crickets. The age gap between Lori Harvey & Michael B. Jordan, it’s crickets.” There is an eleven-year age difference between the Carters and ten years for Lori & Michael.

This isn’t the first time Brittany has addressed backlash online for dating PJ. If you recall, last week, she shared a video where she called out critics. “Is that the best you guys got? Is that as low as you’re going to go because I can go lower. Nobody has judged me harsher than I’ve judged myself. That’s light work,” she said.

Roomies, drop a comment and let us know your thoughts.